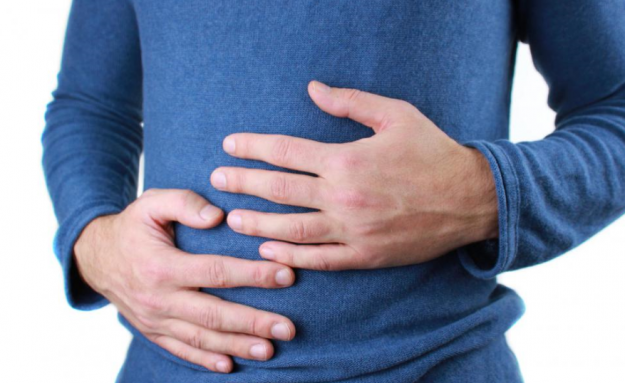 A lot of people are exposed to embarrassment because they have a rumbling stomach, especially in public places. Purrs may result from feeling hungry and gases resulting from undigested food well. But in the event of excessive purrs, you should consult a doctor to verify the reason for it can produce satisfactory cases.

There are many reasons that result in abdominal rumbling so you can be extraordinary cases or beyond that to become a satisfying and most important:
- Feeling very hungry because the stomach begin producing digestive fluids that interact with the air and made the vote
- Indigestion after eating a particular legume
- The feeling of tension and anxiety, which increases the secretion of acid in the stomach
- Excessive eating soft drinks and fast food that increase the production of gas and acidity in the stomach
- Do not chew the food well and eat quickly, which narrows the stomach and contributes to air swallowing dramatically
- Taking certain medications

The other pathological reasons are the following:
- Injury Bafattq
- Exposure to psychological trauma
- Developing blood clots
- Lack of blood Albotasom
- Crohn's disease
- Ulcers
- Bowel obstruction
- Exposure to bleeding in the digestive tract
Symptoms of rumbling belly
Abdominal rumbling is not limited to the issuance of the vote, but the most important include several symptoms of nausea, vomiting, diarrhea, frequent injury, injury to catch, the appearance of blood in the urine, burning feeling, feeling Bhmodh, sudden weight loss.

Before starting any treatment, the doctor asked to perform blood tests Laboratory, a telescope of the stomach and a CT scan of the abdomen. After that treatment is based on eating high-fiber foods and minerals Kalkhaddar and fruit, avoid eating junk food, drinking water frequently, avoid smoking, which increases the GERD, abdominal pain, as well as regular exercise. In the cases of gastrointestinal bleeding, the patient in the hospital to receive appropriate treatment remains.