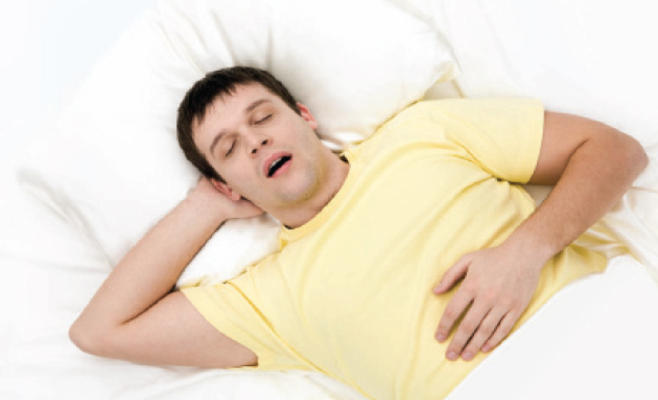 The sleep apnea is very serious, and when this happens the disorder frequently wakes human sleep or becomes sleep is deep. Each pause in breathing and lasts about ten seconds or twenty seconds or more. The most common type is obstructive apnea during sleep, and that means the inability of the sleeper to get enough air through the mouth and nose. When this happens, it can be the amount of oxygen in the blood drops, in addition to snoring loudly. Also, people with apnea during sleep, are more vulnerable to accidents and work-related injuries and other medical problems, because they do not get enough sleep.

Gets Obstructive Sleep Apnea when the throat muscles relax and landing, so when you sleep on a particular afternoon. When the throat muscles relax the airway narrows or closes, the percentage is even lower air that enters the lungs, which leads to low oxygen level in the blood.
Then, your brain feels intermittently self, and sends a signal to wake you up from sleep immediately. Therefore, harsh throat muscles begin to breathe again. All of this happens very quickly, do not know most of the injured Sleep apnea may have awakened they do not remember it. Severity of the disease on the number of bouts Outage as dependent, may occur from twenty to thirty times or more in each hour throughout the night.

There are many symptoms associated with apnea, including: snoring is caused by a partial blockage in the course of the nose, headaches upon waking from sleep, dryness in the throat due to breathing through the mouth and keep the mouth open for a long time and high blood pressure. There are also accompanying symptoms can also be observed, such as depression, difficulty concentrating and disorders of bedwetting.

The treatment of minor cases of breathing by changing some usages disorder, Kanqas weight and sleeping on the side, instead of sleeping on the back. There are devices for the mouth helps keep the airway open, and also help to reduce snoring usually during sleep.
The intermediate and advanced cases are treated by a device called a CBI me, which is a device that works on the air pump for the nose, through the nasal mask. And works to keep the airway open and not blocked. Other therapies, surgical procedures that are invoked in advanced cases, or when the patient's request because of his lack of previous devices.